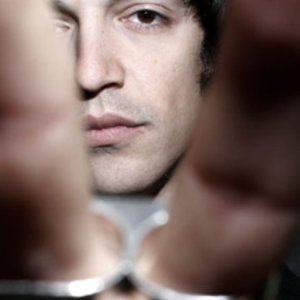 Alexander Tsotsos (a.k.a. GummiHz) hails from a small town in the north of Greece and has recently been making an international reputation for himself as an upcoming DJ and producer in electronic dance music. Drawing inspiration from a variety of musical styles?from disco to jazz to the haunting sounds of chanson?his productions have been heralded by DJs and critics alike for its propulsive sense of rhythm, rolling basslines, bouncy hooks and psychedelic atmospherics.

While he was first introduced to music through classical guitar, his interest in electronic music began with the discovery of electronic-oriented Greek bands and the house music based out of New York and Chicago. Shortly thereafter he began honing his DJ skills and started to perform gigs in various venues around northern Greece. After pursuing his studies in England, GummiHz returned to his passion for DJing and music production, with one of his early productions appearing on Cologne's Treibstoff imprint. His solo debut on mobilee in 2006 entitled Select and Bounce initiated the start of what was to become a flourishing relationship with both of the tracks receiving extraordinary success both commercially and critically. After releasing both Mind Games and the Bar Loca EP within the following year, in 2008 GummiHz stepped up to mix the second volume of mobilee's Back to Back compilation, cementing his position not only as a top-notch producer but also as a master of the decks, a fact evident to anyone who has heard the complex editing and mixing displayed on this compilation.

Since then GummiHz has continued to release a steady string of singles that have been extensively featured on a multitude of compilations and mixes and has performed his dynamic mixture of elegant club music for audiences worldwide. As a DJ he is renowned for his ability to keep crowds dancing hard until the early of the morning with his top-notch track selection and expert mixing skills. GummiHz continues to forge his own unique sound in a scene dominated by homogeneity: with him one can only expect the unexpected.