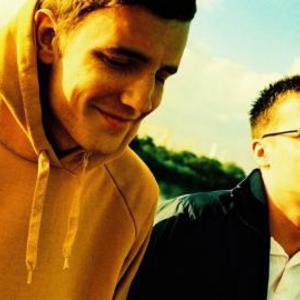 3 Channels (aka Catz 'n Dogz) are Deeop (Grzegorz Demianczuk) and Ketiov (Wojciech Taranczuk). Their acquaintance began in 2003 when Ketiov started to spin his first records in clubs like Sonar and Taras Caffe and Deeop was already widely known for his enormous records collection and participation in every party in the city of Szczecin. In late 2003 they organized their first mutual party at Mezzoforte club, which appeared to be a huge success. Logically they became resident dj's there, which gave them a chance to organize their own parties simply named "Electronic House".

In late 2003 they organized their first mutual party at Mezzoforte club, which appeared to be a huge success. Logically they became resident dj's there, which gave them a chance to organize their own parties simply named "Electronic House". The idea was to promote new dance music completely different from what was played in most of the polish clubs at the time. The "Electronic House" parties had the privilege to welcome such people as: Tom Clark, Dub Taylor, John Tejada, Antonelli Electr, Wighnomy Brothers, Todd Bodine, Matthias Tanzmann and Duplex 100.

In September 2003 they broadcasted their first radio show called "Session" at the local ABC Radio alongside with their old mate Vitek. After a year "Session" evolved into the 3 Channels project. Later the radio show was broadcasted under the name of "Plastelina" and could be heard ever Thursday from 6 pm to 7 pm. "Plastelina" has no sound limits and has one goal, which is to promote modern electronic music from down tempo to electronic, tech-house or techno music.

After half a year of co-operation with Votchik 3 channels decided to star producing... They released their 2 first records on Trenton ("Split EP" and "Superficial") then followed by 1 EP on each Trapez and Crosstown Rebel which showed a more minimal side of their work!

All these releases showed that 3 Channels could be versatile artists and collected a lot of good reviews all over the world on medias like BBC or the popular Anjas Schneider's radio show "Dance Under The Blue Moon"... They are now starting to do remixes for people such as Jacek Sienkiewicz, Maetrik, Richard Bartz, Codec'n Flexor and are releasing new productions on labels like Trenton, Crosstown Rebels, Trapez and Resopal.

3 Channels will soon start to play live and will launch their own label called Channels.