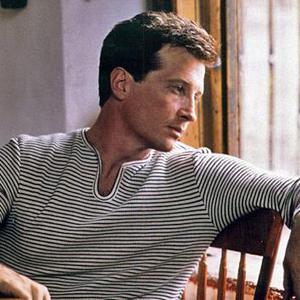 There are two artists named Emmanuel Emmanuel (born Jes?s Emmanuel Acha Martinez, April 16, 1955, in M?xico City, Distrito Federal, M?xico) is a very famous Mexican singer, debuting during the 1970s. Emmanuel sings in Spanish. His songs are usually love songs known as ballads, which became popular during the 1960s. The bulk of his hit ballads is comprised of compositions by the prestigious Spaniard Manuel Alejandro. A ballad differs from a bolero, which was a popular style of love song in Spanish-speaking nations during the 1940s and 1950s.

Emmanuel sings in Spanish. His songs are usually love songs known as ballads, which became popular during the 1960s. The bulk of his hit ballads is comprised of compositions by the prestigious Spaniard Manuel Alejandro. A ballad differs from a bolero, which was a popular style of love song in Spanish-speaking nations during the 1940s and 1950s.

His fourth and most successful album, ?ntimamente (Intimately), was written entirely by the famous Spaniard ballad composer Manuel Alejandro, with him sharing composition credits with his wife Ana Magdalena for certain reasons. It was released in 1980 and had 8 radio hits:

* Todo Se Derrumb? Dentro De Mi (Everything Collapsed Inside of Me)
* Quiero Dormir Cansado (I Want to Sleep Exhausted)
* El D?a Que Puedas (The Day When You Could)
* Con Olor A Hierba (With Scent of Herbs)
* Tengo Mucho Que Aprender De Ti (I Have Much to Learn From You)
* Insoportablemente Bella (Unbearably Beautiful)
* Este Terco Coraz?n (This Stubborn Heart)
* Esa Triste Guitarra (That Sad Guitar)

The remaining songs on the album are Caprichosa Mar?a (Capricious Maria), and Eso Era La Vida (That Was Life), the last of which is the only song on the album not composed by Alejandro-Magdalena.

His follow up albums also enjoyed success with memorable love songs. Emmanuel still performs and tours throughout most of Latin America doing concerts.


From Wikipedia, the free encyclopedia

[Second] UK Artist Emmanuel was born with an intuitive grasp of the dynamics of music. Before he could even speak he was spellbound by a documentary on the life of Louis Armstrong, a connection not lost on his music-loving father who provided a soundtrack of jazz and soul to the young Emmanuel's formative years.

At the tender age of eleven a tragic road accident robbed him of his dreams of being a professional footballer (he was due to start trials with Spurs), losing half of his foot and spending up to six months in hospital undergoing surgery. This proved to be the catalyst in propelling him into a life of music.
Hit by a lorry whilst cycling over to see his childhood friend Kofi Baker (son of Ginger Baker, drummer extraordinaire from Cream) it was with him and a young Courtney Pine that Colin started playing keyboards and making music. It was a time of change, Herbie Hancock's ?Rocket? was blazing a trail, bands like Mantronix were fusing technology with Funk, and Hip Hop was being born. When the time came to leave school his mind was made up, he only had to check out Whitney Houston falling in love with her producer in the ?Saving all my love for you? video to work out what he wanted to do next.

Whilst attending Leicester University Emmanuel also enrolled at the School of Audio Engineering in London. His first break came soon after when he met Definition Of Sound and impressed them with his keyboard playing. It wasn't long before he was handling the band's vocal arrangements and eventually producing and programming most of their third album. The band's popularity however, was fading and when they couldn't afford to pay him anymore Colin used what appeared to be a setback to his advantage and used their studio as a return for the work he had done. It was the material recorded at this time that was to comprise 5 volumes of the JazzyPhatGrooves EPs on Lee Taylor's Nu Breed imprint.

Emmanuel productions (under the moniker ?C-Swing') hadn't gone un-noticed as a host of major labels employed his mercurial skills to fine tune artists such as Beverley Knight, Celetia, Terri Walker and an unknown at the time 14 year old girl called Jamelia. The rest as they say is history and the hits flowed.

Looking for a new challenge Colin jumped at the chance to produce The Beta Band's ?Hot Shots 2? album. The resulting work was short listed for the Mercury Music Award and exemplified the talent and flexibilty of a true producer in the vein of a Quincy Jones with the adaptability to produce successful R ?n' B and Rock music. A plethora of remixes flooded in with Colin being asked to work his magic on artists such as En Vogue, Mary J Blige, D'Angelo and Nas through to pop acts such as E17 and Gary Barlow. Recent productions include Estelle and Rodney P and he continues to work with Steve Mason from the Beta Band on his new solo project King Biscuit. With the release of this his debut album Emmanuel has once again proved that making music with integrity is something that comes naturally.

From Downtown To the Sea