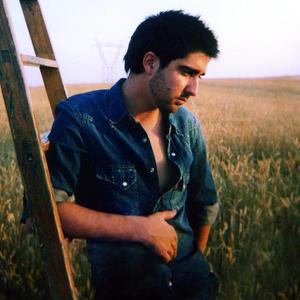 ?lex Ubago (born January 21, 1981) is a Spanish singer-songwriter. He is especially known for his heartfelt voice and his ballads. He rose to stardom in 2001, when he appeared as a guest on the smash hit TV show Operaci?n Triunfo, Spain's Pop Idol, and was acclaimed as one of the few artists that managed to be popular and sell records outside the Operaci?n Triunfo phenomenon, in a year where the contenders of this show monopolized Spanish charts. (Ubago was not himself a contestant on the program).

His rise to fame was gradual and slow. At first, his debut album (que pides tu) didn't sell much. Alex started to tour national radios with his guitar, the way many American pop stars do, to sing his songs live and be interviewed. Eventually this strategy worked and his album finally hit the charts. His second album, Fantasia o Realidad, which would win Ubago international stardom, continued with the succes of the single 'aunque no te pueda ver'The latter record achieved gold and platinum status, given its strong sales in Spain, Latin America, and the U.S. In 2006 Ubago released Aviones de Cristal, featuring the song "Viajar Contigo," one of Ubago's many Billboard chart successes. He immediately made it to the top of the Latin music charts, and Ubago's face appeared on almost every cover of Latin and Spanish entertainment magazines, including Rolling Stone. He performed over 100 concerts in his home country after that release, and his album went platinum several times worldwide. He is currently one the most successful and sought-after Spanish pop singers.