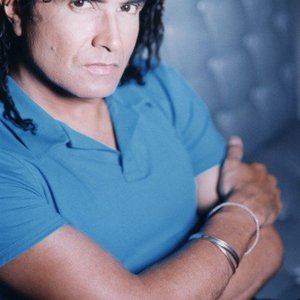 Wilkins is an internationally known latin pop music singer, composer, and winemaker. Wilkins was born in the city of Mayag?ez and was raised in Mexico City. His father, Germ?n V?lez Forestier, was a radio announcer and part-time singer (he was Mon Rivera's singing partner at the beginning of Mon's career in El Duo Huasteca). As a child, he enjoyed putting on a "show" for his loved ones, which included his sister Bruni Velez, who would someday become a known newscaster. In his improvised shows he would sing and dance for his family.

Wilkins joined the high school choir where he sang solo. During his free time, he sang as back-up for local groups. He later won several youth singing contests in Mexico, the Dominican Republic and Brazil.

The family returned to Puerto Rico in 1971, and while seeking a degree in Biology at the University of Puerto Rico - Mayaguez, Wilkins decided to pursue a formal singing career, eventually doing it full-time. In 1973, Wilkins made his recording debut with an album titled "Wilkins" (produced by Tito Puente), which was followed in 1974 and in 1975 with the recordings of the albums "Por Tu Rumbo" (By your Path) and a second "Wilkins", respectively. The albums' successes were followed by several successful concerts, both in Puerto Rico and Latin America. Wilkins' music has also been popular in Germany and Japan. Wilkins became the first pop music performer to sing in the Luis A. Ferre Fine Arts Center in San Juan, Puerto Rico, which was only reserved for classical music performers.

In 1980, Wilkins released "Respirar?" (I will Breathe) which was named best recording of the year by ASCAP. He was twice named by Billboard and ASCAP as the singer and composer of the year. In 1988, Wilkins participated in the film "Salsa", as a homeless person, starring Robby Rosa alongside the likes of Celia Cruz and Tito Puente. In the movie, he sang the song "Margarita", which he composed and which is also included in his "Paraiso Perdido" album. "Margarita" became one his greatest "hits" and he won Gold Record Awards in Puerto Rico, Latin America, the United States, Norway, Sweden, Germany, Greece, Egypt, South Africa and the Philippines.

In 1989, a dance craze called the "Lambada" (The Forbidden Dance) spread across the world. Wilkins sang the Latin version of the song which became a huge success. In 1990, Wilkins included the "Lambada" in his new album titled "Una Historia Importante" (An Important Story).

In 1991, Wilkins' song "Sopa de Caracol" (Shell Soup), co-produced by Emilio Estefan, reached the German "Hit Parade List" and over 25,000 people attended a concert that he gave in Berlin, after the fall of the Berlin Wall.

Wilkins suffered a personal tragedy when his young son died. He stayed away form the music world for three years. In 1995, he recorded "El Amor Es Mas Fuerte" (Love is Stronger) which won a "Tu Musica Award" as best album of the year. He was also awarded the Dominican Republic's Casandra Award that same year. He then made his official comeback with a sold-out concert at San Juan's Hiram Bithorn Stadium, the biggest concert and sports venue in Puerto Rico. That same year also won another Gold Record Award for the recording of "Wilkins-Leyenda", which consists of a set of four CDs with 70 songs. In the 1990s, he released several other successful albums such as "Pole-Pole" and held a concert in El Morro fortress in San Juan. In 2005, Wilkins released his 43rd album, "Tu Fan", recorded in Italy. Wilkins has won over 23 Gold Record and 10 Platinum Record Awards over the years.