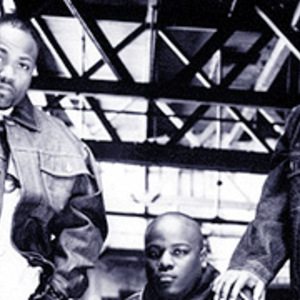 There are multiple artists called "Do Or Die" 1) American rap trio, 2) Belgian hardcore/metal band, 3) American bay area g-rap, 4) New Zeland christian pop-punk 1)Do or Die is an American rap trio originally from Chicago, Illinois. The group experienced mainstream success with the single "Po Pimp", a collaboration with fellow Chicago rapper, Twista, off the album Picture This, that peaked at #22 on the Billboard Hot 100.[1] Group members are Belo Zero, N.A.R.D.

1)Do or Die is an American rap trio originally from Chicago, Illinois. The group experienced mainstream success with the single "Po Pimp", a collaboration with fellow Chicago rapper, Twista, off the album Picture This, that peaked at #22 on the Billboard Hot 100.[1] Group members are Belo Zero, N.A.R.D. (Niggas Ain't Ready to Die) and AK-47. Belo Zero was a late addition to the group w/ Psycho Drama member Young Buk being an original member. Young Buk never recorded any material w/ the group and Belo Zero was later added to the roster. The trio has sold more than 3 million albums. Alongside Crucial Conflict, another Chicago group with a similar vocal and lyrical style, they helped launch the city's first national hip hop movement.

2) Do Or Die is a Belgian Hardcore/Metal band.They have always been a live band. Formed in 1999 and led by their founder/singer Chris, DO OR DIE always felt comfortable on stage, no matter if it was at the big European festivals, opening for bands such as Hatebreed, Agnostic Front, ProPain and Biohazard or in front of 100 kids in a club, they always put out the same energy as if it was their first show. After the first 7 inch EP "Tears of Rage" (500 copies sold in less than a month) got released, they immediately started playing shows non-stop all over Benelux and France. Their first full length "Heart Full of Pain" came out in 2001 on I Scream Records. More shows/tours followed and they also recorded their second record, "The Meaning of Honor", in the same year, which was released in early 2002.

DO OR DIE then faced a tough period in their carreer. Half of the band decided to quit in 2003 because of a conflict between their personal lives and the exhausting touring attached to being in DO OR DIE. 2004 saw them return with a new line-up and the loudest comeback imaginable, when they played Pressure Fest, Graspop and Fury Fest on the same weekend. "Tradition" got recorded around that time too and was released in 2005, marking their first effort for Alveran Records and the start of their cooperation with M.A.D. Tourbooking, both of which opened the doors to Germany for the band. One of the guitarists left the band in the same year, but the rest of DO OR DIE, already familiar with throwbacks, were not willing to put it down and continued promoting "Tradition" across Germany, Holand, Poland, Sweden, and well known festivals like the Dour Fest, Pressure Fest, With Full Force and even the Superbowl of Hardcore in New York while at the same time writing songs for a new record.

Come 2008, the new album is all wrapped up, carries the title "Pray for Them" and is scheduled for a release on May 23rd. This record marks a new start for the band with a new face and new strength but still holding on to the roots of the previous releases. Do Or Die are back and determined to take back the crown of European Hardcore - 2008 will see the band touring non-stop with "Pray For Them" in their luggage set to destroy every stage they will enter.

4) Do Or Die were a christian pop-punk band from North Shore, Auckland NZ. They played numerous shows and won a competition to record and release a single, however it was never fully completed and instead only a test pressing was released. They had a very short-lived career, lasting only a year or two. Members moved on to play in Scenic Drive, Bright Lights, xSunday Schoolx and Alaska.

The Downfall Of The Human Race

The Meaning Of Honor