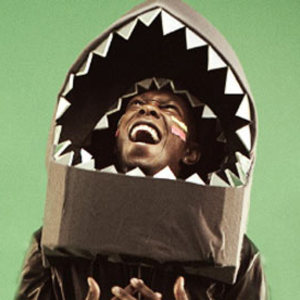 Dylan Mills, known professionally as Dizzee Rascal (born November 1, 1985), is a grime solo artist, formerly a Roll Deep crew member, who emerged from the UK Garage music scene. His music was a blend of garage MCing, conventional rap, grime and ragga, with some more eclectic samples. Dizzee began MCing on pirate radio and at raves at fifteen, but since his mainstream success he has distanced himself from the fledgling scene.

Dizzee began MCing on pirate radio and at raves at fifteen, but since his mainstream success he has distanced himself from the fledgling scene. Rascal grew up in the East End of London in south Bow in a council estate, raised by his single mother, a Ghanaian immigrant. Little is known about his father, though it is thought that he died when Mills was two. He attributes his musical development to a school teacher who allowed him to skip regular classes and spend time working on music on the school computers.

His music is an eclectic mixture of garage and hip-hop beats with an extremely broad palette of influences, ranging from metal guitars to found sounds, drill and bass synth lines, eclectic samples and even Japanese court music. His vocal performance is also distinctive, he uses a fast version of rapping (known as 'spitting') which blends elements from garage MCing, conventional rap, grime and ragga.

Dizzee Rascal has numerous rivals within the Grime scene, mainly from the Bow, East London area. A notable rival of Dizzee Rascal is Crazy Titch who produced and recorded a diss called "Just An Arsehole" which used the backing track of Dizzee's record of "Jus A Rascal".

Dizzee Rascal has had international endorsements deals with urban brand Ecko and designed his own shoe with Nike. He has also worked with cross genre artist, Beck, on a remix of the song Hell Yes.

He released his first album in 2003, which was called Boy in da Corner. His second album Showtime was then later released in 2004. His third effort, Maths and English was released in 2007. He experienced commercial success in 2008 when Dance Wiv Me reached the number one spot in the UK charts.

I Don't Need A Reason (CDS)