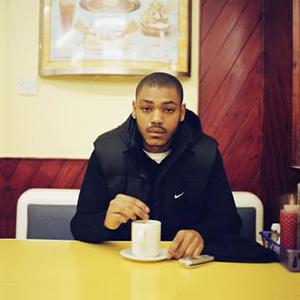 There are two musical projects by the name of Kano -- [1] a UK hip hop / grime rapper and [2] a classic italo-disco project [1] In his early teens Kano attended Langdon Comprehensive School in East Ham, Newham, where his mother still works. Kano was a promising footballer, representing Chelsea F.C., Junior Hammers and Norwich City by the age of thirteen, but in the end he abandoned his sporting ambitions in favour of a musical career. His cousin Jonathan Fortune plays for Charlton Athletic.

[1] In his early teens Kano attended Langdon Comprehensive School in East Ham, Newham, where his mother still works. Kano was a promising footballer, representing Chelsea F.C., Junior Hammers and Norwich City by the age of thirteen, but in the end he abandoned his sporting ambitions in favour of a musical career. His cousin Jonathan Fortune plays for Charlton Athletic.

His first track was "Boys love Girls". Kano first became known on the UK grime scene for his work with his original group, N.A.S.T.Y Crew (Natural Artistic Sounds Touching You). From this springboard he was signed as a solo artist and began work on his debut solo album.

He is signed to 679 Recordings and is a lablemate of The Streets. He was also a key member in East London's N.A.S.T.Y. Crew. However, since being signed to 679 recordings, he has now left N.A.S.T.Y Crew, and took Demon and Ghetto with him.

Home Sweet Home was a great critical success, from across the British press, most notably The Independent and The Observer, two creditable UK based newspapers. Many artists in the UK and US have expressed positive views of the album, including Busta Rhymes, Nas, RZA, Jay-Z, Andre 3000 and Chuck D of Public Enemy.

Towards the end of 2005, Kano also released a mixtape, Beats & Bars, which is currently only available at his concerts.

Kano is also releasing a special Deluxe Limited Edition that includes a DVD featuring a interview with Kano, This Is The Girl video and acoustic studio footage with Craig David.

Kano has now been dropped/left 679 recordings.

[2] Kano was a post-disco music project formed in 1979 by Italian-based producers/musicians Luciano Ninzatti, Stefano Pulga and Matteo Bonsanto. They were early producers of a style of Italian dance music called Italo-disco, a blend of 1970s disco and funk with the addition of synthesizers.

Kano's sound was first heard on radio stations and in dance clubs around the world with their debut hit single, 1980's "I'm Ready", from their self-titled debut album (which also included the minor hits, "It's a War" and the instrumental track "Cosmic Voyager"). The b-side of "I'm Ready", "Holly Dolly" used the same essential production elements. "I'm Ready" also peaked at #21 on the Black Singles chart. "It's a War" was also a big hit on the Hot Dance Music/Club Play chart in the U.S., reaching #2 for five weeks.

The project went on to record two other albums, including 1981's "New York Cake" (which included the minor hits "Don't Try to Stop Me", and "Can't Hold Back") and 1983's "Another Life" (including the title track and "I Need Love") which introduced West Indian-born singer Glen White. Their last song was 1985's "This Is the Night".

"I'm Ready" was later used as a sample on a few songs, such as Gigolo Tony's 1986 hit "Hokie Pokie" and Rofo's 1987 hit "Flashlight In A Disconight. The most well-known use of it as a sample is on Tag Team's 1993 hit, "Whoomp! (There It Is)". "Another Life" was remixed by Master Blaster featuring in their 2003 album "We Love Italo Disco". "Another Life" was also sampled in the 2005 track "Discopolis" by Lifelike & Kris Menace. "Ikeya Seki" was sampled by the French electro house artist Kavinsky for his track "Grand Canyon", which appeared on his 2007 EP, 1986.

Made In The Manor