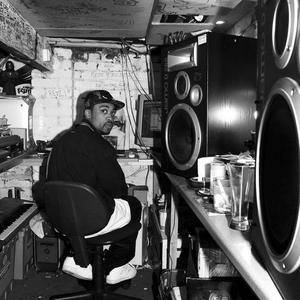 Wiley, also known as Eskiboy (real name Richard Kylea Cowie, born 19 January 1979) is a Grime MC and producer from Bow E3, East London. Wiley has created his own musical genre, which he calls "Eski", and which is largely associated with the Grime genre. "Eskimo", from which the genre takes its name, is probably the best known Eski track. Originally performing under the title "Wiley Kat" (adopted from the Thundercats cartoon), he has now shortened his stage name and rarely is referred to as "Wiley Kat".

Wiley is known as 'the godfather of grime', since it is widely regarded he is a pioneering influence in the grime scene, and he is also notable for his exceptional work-rate, having five projects lined up for 2008 alone. Wiley has been one of the biggest artists in the history of the genre, releasing three albums and having been signed to XL Recordings and now to Big Dada Recordings, on which he has recently released his third album "Playtime Is Over". Wiley founded Eskibeat Recordings in 2007. This Is Not A crew but is a record label which consists of MC's such as Chipmunk, Little Dee and ice kid.

In 2008, Wiley found mainstream success with his hit single 'Wearing My Rolex'.

Wiley first started producing in 1996, working in various genres, notable Jungle and Garage. Wiley first became well known in the East London underground garage scene during the late 1990s, when he was a member of the Pay As You Go Cartel, who had some limited UK chart success. He also co-produced "Nicole's Groove" as Phaze One, and appeared on several tracks by other artists. He made numerous vinyl releases, often driving around London himself selling to record shops. One of these, "Eskimo", was a huge success on the underground scene, reputedly selling in the thousands, where most other artists within the scene could only sell 500-1000 copies of their tracks. He regularly appeared on East London pirate radio stations playing grime tracks, which helped increase his profile. He still does underground events, like Lord Of The Mics 1 , Eskimo Dance, and also does Sidewinder but with his group Roll Deep, which he left Pay As You Go Cartel to create.