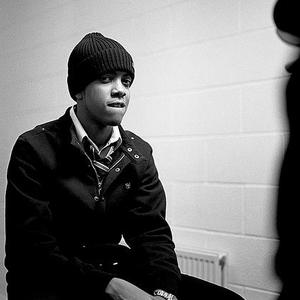 Jahmaal Fyffe (born 26 November 1990), known better by his stage name Chipmunk, is a British hip hop & rnb artist and songwriter from Tottenham, London. He is signed with Columbia Records of Sony Music UK. He won the Best UK Newcomer at the MOBO Awards 2008. He also won Best Hip-Hop Act at the MOBO Awards 2009. He scored a UK Number 1 hit with Oopsy Daisy in 2009. He has also performed with the likes of JLS, performing at a number of their concerts when they were on tour in early 2010.

His debut album, I Am Chipmunk, was released on 12 October 2009. It has produced four top 25 singles included three consecutive top-ten hits and one chart topper. The album was deemed a success after it debuted at number 2 on the UK Albums Chart and reaching platinum sales of over 300,000 copies.

In-line with its record sales, a new platinum edition of the album was released on May 3, 2010 featuring four new songs, including new single Until You Were Gone featuring Dutch singer-songwriter Esmee Denters.

His new album, Transition, is scheduled for release in mid 2011.

For The Fun Of It

Fresh Out The Oven Vol. 1

League Of My Own

What Ever The Weather Vol. 2