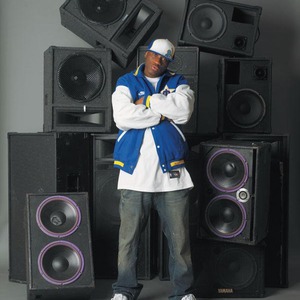 Lethal Bizzle (also known as Lethal B) is one of the fastest growing East London Grime artists. In December, 2004 he released "Pow (Forward)", also known as "Forward Riddim", which was banned from airplay by some mainstream stations; it entered the UK Singles Chart at number 11 in the first chart of 2005. His former group, the More Fire Crew released the album More Fire Crew CV which did poorly and they were dropped from their record label. In 2002 he brought out a song called "Oi!" with his former crew which reached the top ten in the UK Singles Charts.

In 2002 he brought out a song called "Oi!" with his former crew which reached the top ten in the UK Singles Charts.

In early July 2005 Lethal Bizzle was one of the very few black British artists to appear on stage at the final Live 8 concert in Edinburgh.

Lethal Bizzle has signed up with V2 Records to bring out his new album Against All Odds which was released on 15th August. He has also released a second single "Uh Oh! (I'm Back)" in the same month, it debuted at number 47 in the UK Singles Charts.

He currently released a song with Twista and Gappy Ranks which has been put together by the Kray Twinz.

He is known for his rap rivalry with Roll Deep Crew member Wiley. However, in the final track, Til Next Time, on his latest album, Against All Odds, Lethal Bizzle calls for an end to this rivalry.