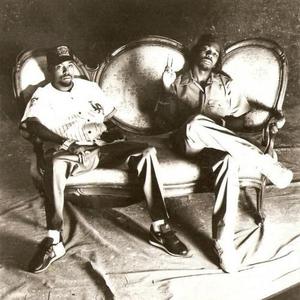 Compton's Most Wanted is a hip hop crew from the early nineties. Members included MC Eiht, MC Chill, DJ Slip and DJ Mike T. Their first three albums were produced by Slip and west coast pioneer The Unknown DJ, who produced both electro funk tracks as well as Ice-T's classic gangster rap "6 'n The Mornin". In 2000, the group joined forces again and released "Represent". CMW are known especially for their slow, often melancholic raps, with slow beats and samples taken from soul and funk records from the seventies such as "Joy" by Isaac Hayes.

Music To Drive By

It's A Compton Thing

It's A Compton Thang