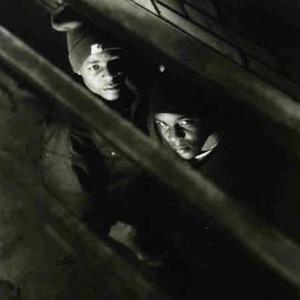 Twinz is a musical duo out of the Long Beach, California, the Twinz consist of Deon "Trip Loc" and Dewayne "Wayniac" Williams. After working with Warren G on his debut "G-Funk Era", the Twinz released their debut album Conversation in 1995, during which they found modest hits with "Round & Round" and "Eastside LB". This album is now considered an overlooked classic. On Tha Eastsidaz debut album, "Snoop Dogg Presents Tha Eastsidaz", The Twinz were featured on the track "Dogghouse" under the name Tha Locs.