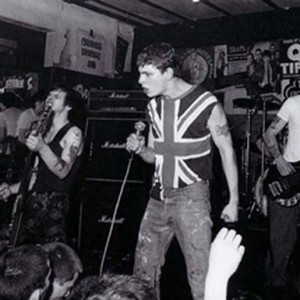 The Cockney Rejects are an Oi! punk band which formed in the East End of London in 1979. Their biggest UK hit The Greatest Cockney Rip-Off was a parody of Sham 69's Hersham Boys. As Julie Burchill noted, "It must have been a bloody strong wind that blew the sound of Bow Bells to Surrey." Other songs were less commercial as they tended to be about street fighting and football hooliganism - except for the band's version of the famous West Ham United anthem, "I'm Forever Blowing Bubbles".

This violence was often mirrored at their gigs which the band sorted out themselves, Turner and Geggus had both been keen amateur boxers and had fought at national level.

Even though the Cockney Rejects expressed contempt for politicians in their lyrics their staunchly pro-Britain stance attracted the interest of the British Movement. However they characteristically brushed this off in their first Sounds interview by referring to them as the 'German Movement'.

Hammer: The Classic Rock Years (The Wild Ones) CD1

Out Of The Gutter