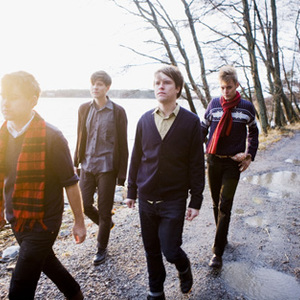 In 2003, CoF released a vinyl single, Solid Work and 2004, saw the release of another one, Happiness Is Chemistry. The first proper CD release came all too late, in summer 2006. This was the EP Draw In The Reins, released on the Swedish label Fraction discs. Then, in February/March, the German label Marsh Marigold released the debut album The Province Complains.

The band's third studio album All Blackshirts to Me was released on the 28th of March 2012 in Scandinavia, Finland and the US.

More on info can be found at www.catsonfire.net

Draw In The Reins