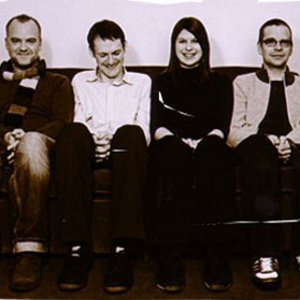 By 1999 Gordon, the band's main songwriter, had taken over vocal duties. Katie Griffiths had joined on keyboards and Gary Morgan had taken over the drums. The band signed to SL Records that year, and released a series of EPs showcasing their catchy new pop tunes, complete with alternately humorous and mournful lyrics. The tracks of these EPs were collected on 2001's Club Anthems.

Their 'proper' debut album, A Guide For The Daylight Hours, was released the following year, featuring artwork by Glasgow based artist David Shrigley. This was quickly followed in 2003 by the acoustic and often melancholy The Sash My Father Wore and Other Stories, virtually a solo record by Gordon.

In 2004 ballboy returned to full band mode, with the addition of a new keyboard player (Alexa Morrison) and their third album, The Royal Theatre. It took a change of record label (to their own, Pony Proof Records) and another 4 years before the 4th ballboy album was released, entitled I Worked on the Ships.

Gordon McIntyre has a side project called Money Can't Buy Music who released their debut album in September 2009, The Universe for Beginners.

I Worked On The Ships

The Sash My Father Wore & Other Stories

A Guide For The Daylight Hours