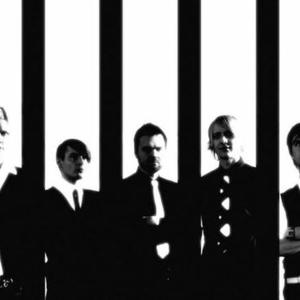 Magenta Skycode is an award winning Alternative Rock band from Turku, Finland. The band is fronted by multiitalent Jori Sj?roos, one of the most successful producers/song writers in Finland, who has produced such acts as PMMP, going multi platinum as a producer, as well as Niko Kivikangas, Kalle Taivainen, Niina Sinkkonen, Valtteri Lipasti, Mitja Kiviluoma and Jessika Rapo. Magenta Skycode has released two albums to date, their first album, entitled IIIII (pronounced Five Bars) was released in 2006. The band's debut album reached the Top 40 on Finnish sales charts.

In 2010, Magenta Skycode released their sophomore album, Relief, to excellent reviews. The album won the award for Best Indie Album at the Finnish Emma Awards (which is the Finnish equivalent of a Grammy) while also being among the contenders for the Finnish nominee for The Nordic Music Prize due to the album's outstanding lyrics and emotional impact of Sj?roos' voice. The album, with heartbreak anthems such as Kipling and Trains Are Leaving the Yard has been shared on sites such as The Cool Hunter and Vimeo where it featured as a staff pick, earning Magenta Skycode over 200,000 plays on various sites in the process.

Sj?roos teamed up Maurice Hawkesworth to write the lyrics for the album, which were written during numerous Skype calls and concluded on a trip to Arizona were the lyrics were shaped by the solitude and beauty found in the desert of America.

In 2011, Magenta Skycode was added to Flow Festival as one of the main acts, playing on the same stage as artists such as Kanye West, Empire of the Sun and Lykke Li.