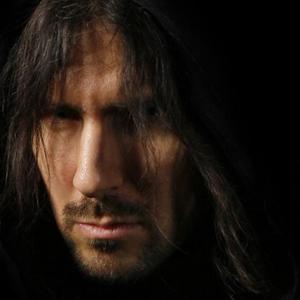 Bumblefoot (aka Ron Thal) is a recording artist with over twenty years of albums and releases. Fronting his solo band as lead singer/guitarist, the music is hard rock, bordering on quirky and experimental. Known for his down-to-Earth obnoxious punky attitude, mixed with off-center abstract intellectuality, and a sense that he's just being himself with you - whether playing lead guitar onstage with Guns N' Roses in front of 100,000 people headlining a European festival, or in a one-on-one conversation.

Since the early 90's Ron has released over 200 songs through solo CDs and DVDs, and digital releases. He's had numerous appearances on compilation CDs and as a guest performer for other artists, appeared on magazine covers, and as a soloist toured internationally headlining venues and guitar festivals. In 2008 Ron released the "Abnormal" album, described as "Sex Pistols meets Queen, with innovative guitar and a quirky Zappa-esque twist..." In 2011 he released a song a month that included transcriptions, alternate mixes and recording stems, as an innovative way to release singles.

As a child, Ron would play Bach pieces with his feet. Today, his guitar-work can be heard on Guns N' Roses' Chinese Democracy album, the theme of VH1's "That Metal Show", the Latin acoustic guitar on Jessica Simpson's "Irresistible" dance mix, and CNN-Turkey station IDs to name a few. Live, he's just as diverse, whether touring the world with GNR or at local fundraisers (notably performing with Nancy Sinatra, Cyndi Lauper, composer Fahir Atakoglu, and jazz legend Allen Toussaint.)

A record producer and songwriter for artists and publishing companies often working out of his own studio in Princeton NJ, Ron has written theme songs and background music for shows that include So You Think You Can Dance, Oprah Winfrey, Tom Brokaw, Anthony Bourdan, MTV, VH1, MuchMusic, FuseTV, CW, SpikeTV, Oxygen, E!, A&E, ESPN, UFC, WWE, NFL, MLB, NBC, PBS, and SEGA, SSI and Atari videogames.

Ron is a Professor at SUNY Purchase College teaching music production, does guitar clinics around the world, and writes articles for music magazines. He is a volunteer for many charities such as Musicians On Call visiting sick children in hospitals and the MS Research Foundation, a non-profit organization that donates funds directly to Multiple Sclerosis research.