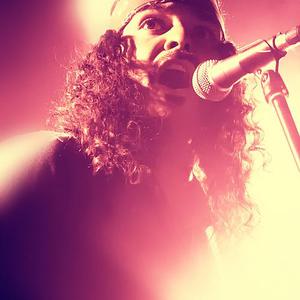 Hailing from Palm Desert, CA, USA Brant Bjork began playing with guitarist Josh Homme, bassist Nick Oliveri, and singer John Garcia while they all were still in high school, resulting in the formation of Kyuss. Bjork helped issue what became one of the decade's landmark releases, 1992's "Blues for the Red Sun," which almost by itself created the ensuing "stoner rock" movement. Bjork showcased his songwriting talents, single-handedly penning two of the album's highlights, "Green Machine" and "50 Million Year Trip (Downside Up)."

That lineup did not last long, because shortly after "Blues for the Red Sun" was released, Oliveri left; Bjork followed the same path soon after the band's famed release, "Welcome to Sky Valley" in 1994. The same year, Bjork helped produce his surfing buddies' Fu Manchu "No One Rides For Free." Bjork then signed on as the drummer and helped release albums such as 1997's "Action Is Go," 1999's "Eatin' Dust," 2000's "King Of The Road," and 2001's "California Crossing."

During that time, Bjork also built up Duna Records (formerly called El Camino Records). This was the label that launched Bjork's solo career?beginning with 1999's revered "Jalamanta." Other solo releases include "Keep Your Cool" and "Local Angel." Then Bjork went on to make "Brant Bjork & The Operators" in 2002 and "Saved by Magic" by Brant Bjork And The Bros in 2005. Apart from his blossoming solo career, he put Che together with Alfredo Hernandez (ironic because Hernandez replaced him as the drummer for Kyuss) and Dave Dinsmore of Unida.

In 2007 Bjork released another solo album, "Tres Dias", followed a few months later by the album "Somera Sol" of sinergy between Brant Bjork And The Bros (with Alfredo Hernandez on drums). In July that year, they had 10 concerts in Europe. Brant Bjork moved to Barcelona, Spain.

Tao Of The Devil