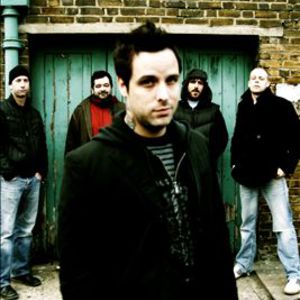 Boysetsfire released its first demo albums in late 1994 and early 1995. In 1996 the band released its first EP, This Crying, This Screaming, My Voice Is Being Born. It has released records through magic bullet, conquer the world, Deathwish Inc,Initial Records, hydrahead, Victory Records, Wind-up Records, and Equal Vision Records/Burning Heart Records. They have released split EPs with Coalesce, Shai Hulud, and Snapcase.

In 2005 the band signed to the independent record labels Burning Heart Records for worldwide distribution and Equal Vision Records for North American distribution. It released The Misery Index: Notes from the Plague Years in March 2006.

On July 31, 2006, the band informed the fans about its retirement through their official website. [1] There was a farewell European tour in late summer; however, guitarist Josh Latshaw severely injured himself prior to its start. As a result, the band played those shows with roadie Chris "The Reverend" Rakus at the guitar instead, but returned to Europe in May 2007 to give Latshaw the chance to say goodbye to the European fans.

The band's final performance took place on June 9, 2007 in Philadelphia, Pennsylvania at the Trocadero Theatre. A DVD is rumored to be released of this show in its entirety as well as parts of the final European tour.[citation needed]

On February 12, 2007, lead vocalist Nathan Gray announced that he was forming a new band by the name of The Casting Out.[1] While the band includes several former members of boysetsfire, Gray informed fans that it would not be another political band.

This Crying, This Screaming, My Voice Is Being Born