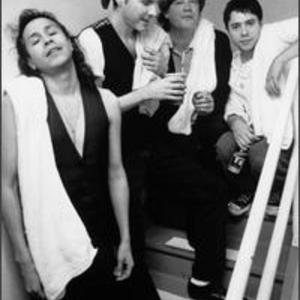 The BoDeans are a rock and roll and roots rock band formed in Waukesha, Wisconsin in 1983 by Kurt Neumann (vocals & electric guitar) and Sam Llanas (vocals & acoustic guitar). In 1985, after adding a drummer and a bassist, the band signed a contract with Slash/Warner Records and recorded their first album. In the late 1980s and early 1990s, the band had several singles in the Top 40 "mainstream rock" charts. In the mid-1990s, the band had two Top 10 songs in the "Adult contemporary" charts.

Their 1993 song "Closer to Free" was selected as the theme song to the TV series Party of Five.

The band took some time off in the late 1990s so Sam and Kurt could each record solo albums. Sam created Absinthe "A Good Day To Die" with the help of Milwaukee musicians Jim Eannelli (guitars and bass) and Guy Hoffman (formerly of Oil Tasters and Violent Femmes, currently of Radio Romeo). Kurt released his solo album called Shy Dog on which he plays all the instruments.

Around January 2006, Bob Griffin left the band for unknown reasons.