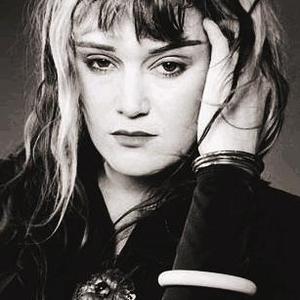 Exene Cervenka (born Christine Cervenka February 1, 1956) is an American musician and actress. Raised in Illinois and Florida, Cervenka moved to Los Angeles in 1976. In 1977 she met musician John Doe at a poetry workshop at Beyond Baroque in Venice, CA, and founded the punk band X; they released their debut album "Los Angeles" in 1980, and, over the next six years, five more critically acclaimed albums.

Today she continues her musical career with X as well as in solo performances and participation in bands such as The Knitters, Auntie Christ and The Original Sinners. In 1982 Cervenka published her first in a series of four books, Adulterer's Anonymous, in collaboration with artist Lydia Lunch. She has also performed and recorded solo work doing spoken word.

Singing And Playing (With John Doe)

The Excitement Of Maybe