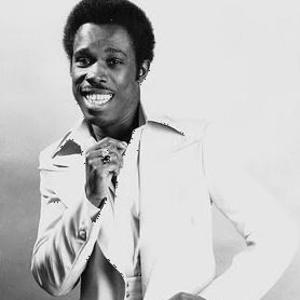 Billy Ocean (born Leslie Sebastian Charles, 21 January 1950, Fyzabad, Trinidad) is a Grammy Award-winning British-based popular music performer who had a string of rhythm and blues-tinged international pop hits in the 1970s and 1980s. He was the main British-based R&B singer / songwriter of the 1980s. He waited seven years after scoring his first four UK top 20 successes, before accumulating a series of transatlantic successes, including three U.S. number ones.

He was born in Fyzabad, Trinidad and Tobago to Grenadian parents, and moved to England with his family at the age of eight. Oceans' musical influence came at an early age of his life, as his father was a musician, and realised he was inline to follow those ambitions as he was growing up. During his teenage years, he sang regularly in London clubs while also working as a tailor in London's Savile Row. He released his first single in 1972 on Spark Records as Les Charles.

When in Trinidad as a boy he adopted the name Billy Ocean, taking the surname from the local football team 'Ocean's Eleven', who had gotten the name from the famous film of the same name. The next year, 1976, was when he recorded his first album, Billy Ocean, with its first single release, "Love Really Hurts Without You," charting at number 2 in the UK Singles Chart and number 22 in the U.S. Billboard Hot 100. More successes ensued, including "L.O.D. (Love On Delivery)". He also wrote songs for other artists, such as La Toya Jackson. In 1981, he scored the U.S. R&B chart with "Nights (Feel Like Getting Down)".

Ocean's period of greatest success began with Suddenly during 1984, and its main single, "Caribbean Queen". The song's title and lyrics were changed for different regions, such that the song is also known as "African Queen" or "European Queen". The song won Ocean the Grammy Award for Best Male R&B Vocal Performance at the 1985 Grammy Awards. The album's title track also became a success, its score maximizing at #4 in both the US and the UK; and the song "Loverboy", while also being a #2 US success during 1985, from the album, was also the background music for the first scene of the popular UK BBC One TV series, Casualty, during 1986.

Ocean appeared at Live Aid in 1985, singing "Caribbean Queen" and "Loverboy", from the JFK Stadium in Philadelphia, Pennsylvania.

His 1986 album Love Zone also sold well. It included the successful singles "When the Going Gets Tough, the Tough Get Going" (the theme from the film The Jewel of the Nile); this was a number one success in the UK and a number two in the U.S.; and "There'll Be Sad Songs (To Make You Cry)" (a U.S. number one, and also a major UK success). Also included were the title track and "Love Is Forever", which were #10 and #16 U.S. successes for Ocean, respectively.

In February 1986, Ocean's video of "When the Going Gets Tough, the Tough Get Going" was banned by the BBC, owing to non-union members (including Michael Douglas, Kathleen Turner and Danny DeVito) miming to backing vocals.

Ocean's next album, Tear Down These Walls (1988) featured another number one single, "Get Outta My Dreams, Get into My Car", while the album was certified platinum.

His 1993 album Time to Move On failed to produce any major successes, but his 1989 Greatest Hits collection has been a steady seller over the years, and his 1997 compilation Love Is For Ever made #7 on the UK album chart. Ocean's last studio album for Jive Records was Time to Move On, which he recorded in Chicago with R&B star R. Kelly. It turned out that R. Kelly had been a long-time admirer of the way Ocean was able to mix the more emotive soul style with a crossover popular style.

In 2002, the University of Westminster awarded Ocean an honorary doctorate of music. The awards ceremony took place in the Barbican Centre, in London. He continues to tour and record in Europe. He lives in Sunningdale, Berkshire with his wife of 27 years, Judy; and their three children Cherie, Antony and Rachel. Ocean is now a patron for Tech Music Schools in London, made up of Drumtech, Vocaltech, Guitar-X and Keyboardtech. He regularly visits to hold clinics and seminars for the students.

In October 2007, Ocean commenced his first British tour in over 15 years. In February and March 2008 he toured Australia and the Far East. His new album, Because I Love You was released on 2 February 2009. To coincide with this new tour and album launch, Ocean has been working with Adoseof Design on a website revision which is due March 2009.

For more information got to: http://en.wikipedia.org/wiki/Billy_Ocean

Here You Are: The Best Of CD2

Here You Are: The Best Of CD1