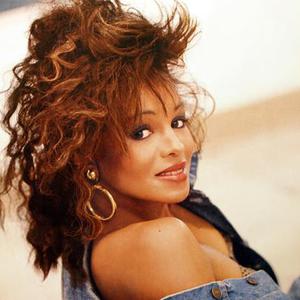 Rebbie Jackson (born May 29, 1950) is the oldest sibling of the musically renowned Jackson family. Born and raised in Gary, Indiana, she is the eldest child of the Jackson family of musicians. She first performed on stage with her siblings during shows in Las Vegas, Nevada, at the MGM Grand Hotel and Casino in 1974, before subsequently appearing in the television series The Jacksons. Her sister Latoya has the same birthday but they were born different years.

At age 34, Jackson released her debut album Centipede (1984). The album featured songs written by Smokey Robinson, Prince and her younger brother Michael, whose contribution (the title track "Centipede") became Rebbie's most successful single release. By the end of the 1980s, the singer had released two more hit albums in quick succession: Reaction (1986) and R U Tuff Enuff (1988).

After a ten year hiatus in her musical career, Jackson returned with the 1998 album Yours Faithfully. The production of the album, her last to date, had the singer collaborate with artists and producers such as Men of Vizion's Spanky Williams, Keith Thomas and Eliot Kennedy. It also featured contributions from her children. Nathaniel Brown is Jackson's husband and the two have been married since 1968. Rebbie recently returned to music in 2010 with her new compilation, "Centipede/Reaction," which features her first two albums together on CD for the first time. In 2011, Rebbie embarked on the "Pick Up The Phone Tour," which is dedicated to teens who have committed suicide all over the U.S. It was also reported that she is working on a new album.