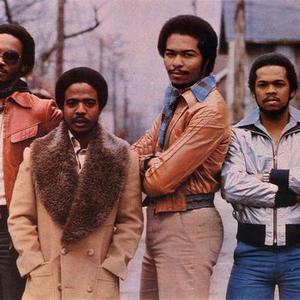 Raydio was a funk and R&B vocal group formed in 1977, by Ray Parker Jr. along with Vincent Bohnam, Jerry Knight, and Arnell Carmichael. The group released their self-titled, debut album in 1978. The LP was propelled to gold status by the hit song "Jack and Jill", which peaked at #8 and #5, respectively, on the Billboard Hot 100 and R&B charts while also reaching #11 on the UK singles chart. Their successful follow-up hit, "You Can't Change That", was released in 1979, and was lifted from their Rock On album.

Their successful follow-up hit, "You Can't Change That", was released in 1979, and was lifted from their Rock On album. The single made it to #9 on the Billboard Hot 100 chart and #3 on the R&B listings that year.

Ray Parker, Jr. started his solo career, scoring six Top 40 hits, including "The Other Woman" (#4 Pop, #1 R&B), and "Ghostbusters", which spent three weeks at #1 on the Billboard Pop charts while also topping the R&B charts.

Jerry Knight formed Ollie & Jerry, with Ollie Brown. Their two biggest hits came from soundtracks. "Breakin'... There's No Stoppin' Us" was the theme to the motion picture Breakin', and hit #9 on the Hot 100 and #1 on the Hot Dance Music/Club Play chart. Their second single "Electric Boogaloo" (from the movie Breakin' 2: Electric Boogaloo), did not enter the pop charts, but did climb to #43 on the dance chart.