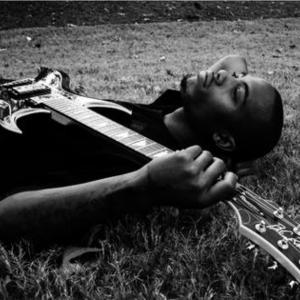 Bobby Ray Simmons (born November 15, 1988 in Decatur, Georgia), better known by his stage name B.o.B, is a Grammy Award-nominated American rapper, singer and producer signed to T.I.'s Grand Hustle Label and Atlantic Records. In 2007 he released his debut EP Eastside, and has since released another EP, 12th Dimension, and five mixtapes. His debut album, B.o.B Presents The Adventures of Bobby Ray, was released in April 2010 and debuted at #1 on the Billboard 200. The first single from the album, Nothin' on You featuring Bruno Mars, peaked at #1 on the Billboard Hot 100.

The album spawned two further hit singles including international smash Airplanes and Billboard hit Magic. The album has since been certified Gold by the RIAA for shipments of over 500,000 copies in the US.

The first single from B.o.B's second album is Strange Clouds. It features Lil Wayne and according to the Strange Clouds Songfacts, it "is 3 minutes 47 seconds of bass heavy bragging.". The song was released on October 3, 2011.

B.o.B has a unique talent in that he produces, writes, raps, arranges, and mixes his own music. He is a one stop music creation shop from top to bottom. This allows B.o.B the rare opportunity of recording with reckless abandon. It is a freedom that he willingly accepts. ?I am constantly coming up with songs and concepts because I want to sound different. Nobody made it by sounding like everyone else.? This unique sound caught the attention of two industry heavyweights, Jim Jonsin and TJ Chapman, who are poised to make the rest of the world believers.

Not For Long (CDS)