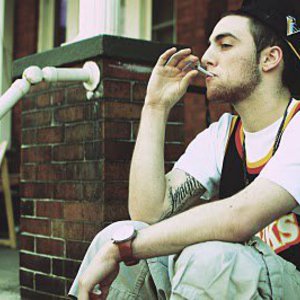 Mac Miller is a rapper from Pittsburgh, Pennsylvania who is also known for his work in The Ill Spoken group. The Frick Park Market Songfacts reports that Miller is a self-taught musician, who plays piano, guitar and the drums as well as rapping. In 2009, he released his mixtape The High Life as well as his own preview album, The Jukebox, which is the predecessor to his upcoming Class Clown album.

In 2009, he released his mixtape The High Life as well as his own preview album, The Jukebox, which is the predecessor to his upcoming Class Clown album.

Upon turning 18, Miller signed with Rostrum Records and on August 13th 2010, he released his mixtape, KIDS (Kickin' Incredibly Dope Shit) and is available for download on DatPiff.com and can be obtained physically from his MySpace page. In anticipation of this release, he released a series of videos of a few songs from the mixtape on the official TreeJTV YouTube page. After the mixtape drop, each of these videos have gained at least one million views each.

On March 11th, 2011, he released his mixtape Best Day Ever (BDE) which is available for download at Datpiff.com. The first single released from the mixtape, "Donald Trump," reached the Hot 100, an impressive feat for a song that didn't receive major radio airplay.

When he reached one million followers on Twitter, he released a mixtape entitled, "I Love Life, Thank You."

On March 23, 2012 he released Macadelic, a free for download mixtape on various websites, including his official web address and datpiff.com.