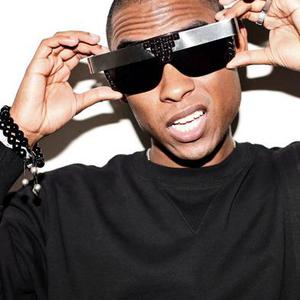 Miguel Jontel Pimentel (born October 23,1986 in San Pedro, Los Angeles) is a Grammy award nominated American R&B singer-songwriter signed to Jive Records. After working on albums by Usher, Musiq Soulchild, Jaheim and Asher Roth Miguel released his debut mixtape Mischief: The Mixtape in the summer of 2006. His debut studio album, All I Want Is You, was released in November 2010 and features the top ten hit All I Want Is You featuring J. Cole.

Throughout October 2010, Miguel toured with singers Mary J. Blige and Jazmine Sullivan, as well as supporting Usher and Trey Songz on the OMG Tour from November to December. He received a 2011 Grammy Award nomination for his work on Jaheim's single Finding My Way Back. The Adorn Songfacts reports that "Adorn," the first single from Miguel's second album Kaleidoscope Dream, was released on July 27, 2012. It was originally included on his Art Dealer Chic: Vol 1 mixtape.

Miguel worked with a local production duo Drop Squad in 2000, before being signed with independent record label Black Ice in 2004. He signed with Jive in 2007.

[2]
Miguel is also a finnish rapper, hailing from Kouvola, Finland. His debut album "Timantin Palasia" was released in 2010. http://www.myspace.com/miguelmusiikki (In finnish).

[3]
Miguel is also a Birsbane swing band. Their latest album "The Opener" is the "ushering of a new golden age" 50's glamour. www.miguel.com.au

Told You So (CDS)