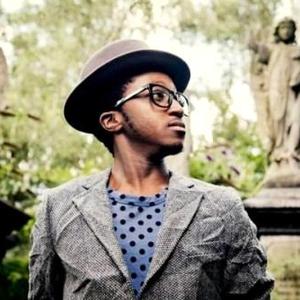 Born Tinashe Jorgensen Kachingwe to a Zimbabwean father and an Irish/Norwegian/Danish mother in Lexington, Kentucky (and growing up in DeKalb, Illinois) this girl was born to be a somebody. ?When people ask me things like ?how long have you been singing' they're surprised to hear me say 18 years. I've been singing since before I could even talk. Music was my first language.? Tinashe's parents immediately noticed that she had an extraordinary voice and a passion to sing, as well as a remarkable ability to dance.

Tinashe's parents immediately noticed that she had an extraordinary voice and a passion to sing, as well as a remarkable ability to dance. It became apparent that Tinashe's enthusiastic love of music and unique desire to perform was unlike most children. As a way to appease her eagerness to entertain, she signed to an agency where she worked as a baby model, and soon, a child actor. By the age of seven, she had posed for countless advertisements, was featured in several commercials, starred in a feature length film, and was writing her own songs and performing them wherever people would listen. In 2001 Tinashe and her family relocated to Los Angeles, California. There, not only did she book even more acting jobs, she utilized her years of formal dance training as a nationally competitive dancer in styles such as Ballet, Tap, Contemporary, and Hip-hop. At age 11 she appeared on the television contest show ?America's Most Talented Kids? where she beat out future R&B singer Colby O'Donnis who was famously featured on Lady GaGa's first single ?Just Dance?.

Although professionally Tinashe was excelling, she found herself severely bullied in school. ?People threw food and trash at me in the hallways, called me names? it was horrible. By far, it was the worst time of my life.? Fortunately Tinashe, who had always been a straight A-student, was able to test out of school several years early to get away from the bullies and concentrate on her career full-time. Singing, after all, had always been her greatest love and strongest ambition, and she longed for the day where she would be old enough to live out her dream as a recording artist.

At age 14 Tinashe was approached by singer/songwriter Colleen ?Vitamin C? Fitzpatrick about creating a new all girl-singing and dancing group. Tinashe quickly joined, and things took off. The Stunners, consisting of Tinashe and four other girls, were signing with Columbia Records, then Lionsgate Entertainment and eventually Universal Republic Records. During the group's life, they shot 4 music videos, released a single featuring Warner Bros. recording artists the New Boyz, had a scripted MTV pilot ordered, and toured with singing sensation and pop culture phenomenon Justin Bieber.

?My favorite thing about my job is touring. You simply cannot describe the feeling of being on stage with people cheering and singing along; It's by far the most rewarding part of entertainment because it gives you the opportunity to experience firsthand how your music is affecting others. I have the best, most supportive fans ever, so going out to hang with them? it's a fantastic thing.?

?In March of 2011, Tinashe officially announced she was going solo.

So what's next for Tinashe? New music, new videos, and a lot more of her infamously goofy shenanigans should be expected. Her sexy style, laid-back attitude, and crazy sense of humor sets her apart from other young artists currently in the business; She comfortably inhabits the singing/dancing/acting realm of some of entertainments most iconic firebrands, yet manages to breathe fresh air into an industry of copycats and idea-recycling replicas. Her zest for continuously evolving as an entertainer and keeping people guessing will surely make for an exciting journey. If you're reading this, it is likely that you are interested in discovering what is in store for her, seeing as most people don't even CLICK the ?bio? tab on a website, let alone read the entire thing. ?and to that she says, ?I guess you'll just have to wait and see!?

(Film credits include: The Polar Express, Call Me Claus, Masked and Anonymous, Cora Unashamed, Time Out, with her voice being used on: Get Rich or Die Trying, Coach Carter, Idyllwild, Fighting Temptations, Tears of the Sun, Lord of War, The Water is Wide,?and many more. Television credits include: Two and a Half Men, The Today Show, The Wendy Williams Show, Extra, Avatar, Out of Jimmy's Head, Rocket Power, and America's Most Talented Kids. Video credits include: Holly Hobbie, Clay Winter (Playhouse Disney). Theatre credits include: the Broadway bound musical 13, Fences, and Once on This Island.