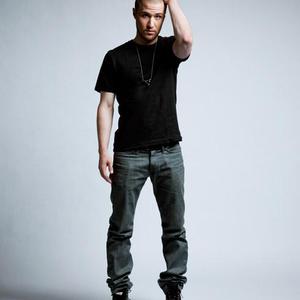 Michael Robert Henrion Posner "Mike Posner" (born February 12, 1988 in Southfield, Michigan) is an American singer and producer signed to J Records. He released his debut mixtape, Reflections of a Lost Teen, in 2006. His next two mixtapes, A Matter of Time and One Foot Out the Door, caught the attention of many major labels. His debut album 31 Minutes to Takeoff was released August 10, 2010. Posner graduated from Duke University in December 2009 with a BA in Sociology and Business. He is close friends with rapper Big Sean.

Mike Posner is an American singer, songwriter, and producer. He has collaborated with such artists as Kid Cudi, Wale, Big Sean, Bun B, One Be Lo, Eric Holljes, and 3OH!3. He worked with Don Cannon and DJ Benzi on his first mixtape, "A Matter of Time," which was released in early 2009. In early 2009, he hired manager Daniel Weisman of Elitaste, Inc, who also manages Wale.

The web series accompanying this mixtape, also titled "One Foot Out The Door," first aired on September 30, and will run every other week through December 2009.

He performed on national television for the first time on the TV show Last Call with Carson Daly on Tuesday, October 27, 2009.

Song About You (CDS)

In The Arms Of A Stranger (Remixes)

I Took A Pill In Ibiza (Seeb Remix) (CDS)