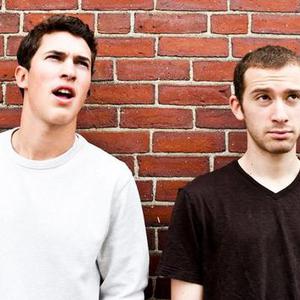 Timeflies is a music duo consisting of Producer Rob Resnick (formerly DJ Rob Resnick) and vocalist Cal. Though they got their start in Boston, the guys are originally from New Jersey and New York, respectively. Using elements of pop, hip-hop, electro, dubstep, and rock, Timeflies aims to escape genre limitations. Their goal has always been to make music that people can connect with. The duo has been playing shows at colleges and bars across the country, gaining in popularity. They released their debut album, ?The Scotch Tape?, in September 2011.

Rob (aka Rez) composes and records using mainly Reason, Pro Tools, and Ableton. He had an early start in production after building a studio in his basement to record his highchool bands. Rob has studied classical and jazz piano, rock and jazz guitar, and jazz drums and has been in many bands (genres spanning ska, metal, pop punk, jazz, funk, and alternative), playing both guitar and drums. Rob spent a few years in college DJing at different Boston bars while double majoring in Music and Philosophy at Tufts University. Rob has many influences, but in regards to his Timeflies production, he cites Pretty Lights, Dr. Luke, Xaphoon Jones, and JR Rotem. Rob is a serious Green Lantern fan, and knows a good sandwich.

Cal is a singer/rapper and songwriter from the New York City area. He's been singing and freestyling since he was young and remembers doing freestyles at the dinner table. He graduated Tufts University majoring in Music and Entrepreneurship. Upon joining the band The Ride in his sophomore year at Tufts, Cal fell in love with the performance side of music. This blues, funk, and hip- hop band was noted for their unique style, given their ability to transcend musical genres. Cal later teamed up with The Ride's drummer, Rob, to form Timeflies. Cal's musical influences include Robert Johnson, Janis Joplin, Muddy Waters, and his favorite, Big L. Cal's biggest strength and weakness, is his love for scotch.

Once In A While (CDS)

All The Way (CDS)