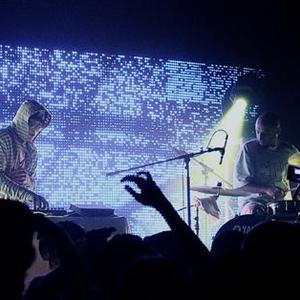 The Pretty Lights album "Taking Up Your Precious Time" was produced by Derek Smith and Michal Menert. Considered the debut PL album, TUYPT was released online for free download in the fall of 2006 and in the first year was downloaded over 5000 times across the globe. Since the release of TUYPT, Michal & Derek have been working on different projects, intending to explore new visions and satisfy their thirst for musical diversity.

In the fall of '07, Derek began performing in venues around northern Colorado beside live drummer, Adam Deitch, with the desire to showcase new solo material intended more for the live setting/dance culture. This combination has pushed the envelope of live electronic music and continues to evolve the sound encompassed by the PL collective.

A Color Map Of The Sun (Remixes)

A Color Map Of The Sun (Deluxe Edition) CD2

A Color Map Of The Sun (Deluxe Edition) CD1

You Get High (Single)

I Know The Truth (CDS)

Spilling Over Every Side