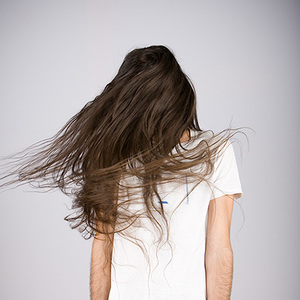 Bassnectar on his history, posted via bassnectar.net A quick run down of my musical life: When I was in junior high I began discovering music that struck me, as opposed to music that felt familiar (like my parent's music). This was mostly Metallica (the first song I heard of theirs was ?Enter Sandman?, so this was after they had already become ?mainstream? and blown up), NWA (which I memorized completely verbatim)...

A quick run down of my musical life:
When I was in junior high I began discovering music that struck me, as opposed to music that felt familiar (like my parent's music). This was mostly Metallica (the first song I heard of theirs was ?Enter Sandman?, so this was after they had already become ?mainstream? and blown up), NWA (which I memorized completely verbatim), and Nirvana (again my introduction to them was ?Smells Like Teen Spirit? their ?breakout single' which all hardcore Nirvana fans I am sure despised and griped about) but for me this music was raw, pure, and extremely riveting. I gravitated towards anything heavy, and fell headfirst into the local underground scene, which was full of freaks, lunatics, and overall playful, strange, creative people.

I begged my parents for a crappy guitar, and after three quick lessons I formed a band with my best friend, and we set out to lose ourselves in heavy metal. To this day I do not know THE SLIGHTEST musical theory, I don't understand notes or chords or anything like that? I taught myself to play by basically remixing the songs I loved best, or combining riffs from different songs. Or I would take a hook (like the opening guitar in Black Sabbath's ?Ironman?) and play it at various alternate speeds, trying to change up the feel but maintain the essence.

About this time, my Uncle Joe (who has always been a bohemian world traveller) started bringing me hand drums and teaching me beats. He would leave me with cassette tapes of brazilian Samba and Batucada beats. As I learned to play the drum, my ability to keep time with my band mates improved significantly.

The music I was into became progressively more and more hardcore, and as I began turning away from Religion and mainstream American culture, my friends and I descended into an obsession with the darkest, heaviest music possible. Death metal, Black metal, doom, grindcore? and I mean we became *OBSESSED*?it was all we ever did. There was an intense camaraderie between the various metalheads in the area, and a network developed. There was so much creativity and experimentation exchanged as the 2 or 3 kids from each high school influenced each other, shared new styles, and got together to form bands or make underground shows happen. Sometimes we would have informal ?shows' in our practice studios, or in my bassist's garage (or on crazy days we would set up and play on his rooftop), as well as taking over various Battle Of The Bands, or throwing grindcore/punk crossover shows in the basement of the Cupertino Public LIbrary. A very unique community formed, comprised of freaks from every nook and cranny. It was a community of misfits and oddballs and rejects, but it felt like home. Bands like Exhumed, Spazz, Gory Melanoma, Dawning, etc were all very influential.

As time progressed, my songwriting developed, and although I did not officially know what I was doing, I was writing most of the music for my band from intuition, and again from opening to all the influences around me. I experimented with 4-track recorders and FX pedals. During senior year of high school, as my friends and I started going to ?raves?, I started making rough forms of DIY techno music (with crappy drum machines, my guitar, my effects pedals, and bad vocal effects) and listening to late night electronic music shows on KFJC.

Upon going to my first rave on September 5, 1995, I basically changed irrevocably. I was still extremely obsessed with music, but the rave scene at the time opened my eyes to the beauty of community (something I had been raised with in the hippy commune I grew up in) and I felt completely open and connected to other people. As opposed to the introverted darkness of metal, I found ?rave music' to be just as raw and powerful and immersive, but the values were very positive and friendly, and so was I.

I got into raves not for the drugs, or even the music (although both were very powerful) but rather for the community. I was so mesmerized by everything i found in the rave scene that my only response was to give back. I wanted to get as utterly involved as I could, so I could re-create my experiences for as many other people as possible. I was usually completely sober, running around all night long taking care of everyone I met or dancing for 8 hours straight like a mad man.

Soon I knew all the promoters in the area, and thousands of people in the San Francisco scene. As my tastes developed into hardcore psytrance (we called it ?Goa Trance' since it supposedly originated in trances that took place on the beaches of India), I quickly got behind the scenes and started throwing parties in SF warehouses and throughout the beaches in Santa Cruz. I was working with hundreds of other people, this was not a lone wolf thing? there were multiple communities, simultaneously pushing the boundaries further and further and I wanted to be at the core of all of them, working with all my heart to contribute. (I am tempted to start listing names of people who i worked with but the list could get long, maybe in another post, i can tell a better history, with more details).

I remember in early 1996 when I realized that all a DJ was doing was playing a record. Before that, I had thought they were *making* all those sounds live? I found a pair of turntables at a friends house, and after a 20 minute lesson I gave it a try and seamlessly beatmatched the two records (her name was Bonnie, she was a SICK downtempo DJ out of San Jose) ?I remember laughing out loud, partly because it was so much fun, but also because it was *SO* painlessly easy. Years of drumming had prepared me and I thought that since I was already throwing ill parties, why not play at them as well? Until that time I had never considered being a DJ (although I was taking the Electronic Music minor at UCSC and playing with tons of amazing gear). I was mostly focused on making events happen, and making music, in addition to going to school (I majored in ?Community Studies? at UCSC, and also minored in Education)?

One Sunday morning, a few hundred friends and I were deep off in the boonies on a beach outside of Santa Cruz. We had been there all night absolutely raging, and as the sun rose over the water and illuminated the beach I noticed another sound system and group of people way, way down on another side of the beach. I was usually the sober guy who would go talk to the cops if they came to bust our fun, or to basically handle whatever needed to be handled, so I started walking over to this other party. Halfway there, I met one of their representatives, a small guy who looked kind of like an Ewok. He introduced himself as ?Brother? and explained that his group (they were called ?Spaceship Gaia?) had noticed our party and wanted to come make friends? Brother was (and is) a huge influence on the early Santa Cruz full moon collective scene, and also one of my favorite DJs to this day. One time he gave me a sticker he made that said ?Butterfly Beings Drink Bass Nectar? and as soon as I saw it I thought that if I ever made a band again I would name it ?Bassnectar??

That is the long and short of it. I can tell you more about the hippy commune I grew up in, or the death metal scene in California in the early 1990?s or the illegal warehouse raves or working as Barney The Purple Dinosaur at little kids birthday parties while I was in college? Or I can tell you how the sounds and styles morphed from the 1990?s through Y2K and into the present day, but this feels like a good place to stop for now.

Into The Sun CD2

Into The Sun CD1

Take You Down (EP)