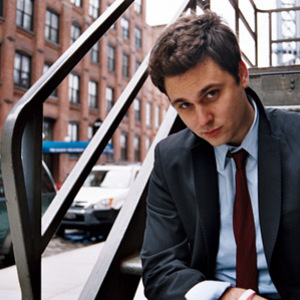 Here is some background information on Outasight from Songfacts.com Outasight is the stage name for singer and rapper Richard Andrew. Raised in Yonkers, New York by two music loving parents, Andrew's ambitions of becoming a musician were first sparked when his father gave him a guitar. He soon realized that his passion lay in singing and rapping and he started his music career with playing shows at small venues in New York City such as the Bowery Poetry Club and the Nuyorican Cafe.

Outasight's second promotional CD, Radio New York, which was released in June 2008, attracted the interest of record labels and in October 2009, he signed with Warner Bros. His official debut single, Tonight Is The Night, was released on September 23, 2011.

Every so often a new artist comes along with a sound so innovative, they are able to help reshape the barriers that confine mainstream music. Meet Outasight, the Yonkers, New York bred musician who brilliantly weaves together the cadenced sounds of popular hip-hop and indie rock with the poignant sensibility of classic pop and soul music to create a fresh, new sound that is all his own. ?People are conditioned to see certain images for different genres of music,? says the 27 year-old songwriter. ?So if something looks or sounds out of the norm, it's more difficult to understand at first.?

Growing up an only child in the suburbs of New York City, Outasight's parents encouraged his insatiable love for making music from a very young age. When he was 8 yearsold, he taught himself to write songs on a guitar passed down from his father. ?I was surrounded by thousands of records as a kid,? says Outasight who grew up emulating the diverse sounds he was surrounded by all his life. ?I listened to a lot of classic rock, and pop, like the Beatles, Jimi Hendrix, Led Zeppelin, The Who, and also soul artists like Stevie Wonder and Marvin Gaye. My friends and I would form bands and practice in someone's basement and then I would go to school and write raps and spit raps on the playground. They were like duel personalities in a sense.?

During his junior year of high school, Outasight started venturing into the city, seeking out open mics where he was able to fine tune his own material in front of live audiences. ?I used to perform a lot in Brooklyn at a place called Sputnik,? says Outasight. ?It would be a very diverse crowd and I would rap and start singing and they would be like, what the hell is going on right now? Who is this White kid acting all crazy? But there were always people that liked it so I always took any type of acceptance as the fuel to go further.? After performing in the big city for a couple of years, the resourceful young artist started to gain confidence and create some extremely valuable music industry connections. He toyed with the idea of going to college but after taking classes on and off for close to five years, Outasight realized it was foolish not to capitalize on the name he had created for himself in the City's burgeoning independent music scene.

In 2006, he decided to drop out of college for good and pursue music full time. The following year, he released a mixtape called Employee Of The Year with the help of his friend and business partner Dre Bond. The two started a new company to help promote Outasight appropriately named Daily Grind Music. After promoting the tape on Myspace and up and coming music blogs, Outasight and Daily Grind released his second project, Radio New York in June of '08 which was featured on the Myspace Home page for three consecutive days?a tremendous feat for any new, unsigned artist. ?The amount of people that I got exposed to was incredible,? says Outasight. ?We were getting like 50 thousand plays a day! Dre and I made a video for one of the mixtape's songs, ?Good Evening' that fall we got the video on MTV after winning the MTVU Freshman competition.?

In March of 2009, Outasight released his third mixtape, From There To Here, with world renowned hip-hop DJ Mick Boogie and a month later was asked to open for Ryan Leslie at NYC's SOB's. After winning over the packed house with his live show, Outasight's manager, Norman ?Storm? Bell of Purfek Storm Management, secured a meeting with Asylum Records CEO Todd Moscowitz who was instantly taken by the multi-talented MC's growing body of work. That October, Outasight signed a deal with Asylum. Soon after his signing, Outasight released his latest mixtape Further. The project was sponsored by LRG clothing and was his most successful release to date, garnering over a hundred thousand downloads and counting. Due to its overwhelming popularity, Asylum is set to release Further as an EP exclusively on ITunes in March 2010 while Outasight continues to craft his first full length commercial release, the aptly titled, From Here to Eternity. ?The concept behind my album is one person's quest from the present moment to being timeless,? he says, ?It's something that lives way beyond me, it's about the quest.?

Tonight Is the Night (CDS)