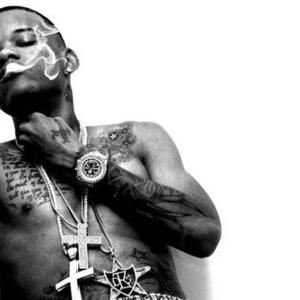 Maurice Richards (born September 2, 1985 in Mobile, Alabama), better known by his stage name Rich Boy, is an American rapper and producer signed to Zone 4 and Interscope Records. He is best known for his hit single Throw Some D's, which reached #6 on the Billboard 100. He released his self-titled debut album in 2007, and his second studio album, Buried Alive, is expected to be released sometime late 2010.

He dropped out of his studies of mechanical engineering at Tuskegee University in order to concentrate on music. With a few demo releases, he was noticed by producer Polow Da Don. Rich Boy then signed a contract with Zone 4 through Interscope Records in 2006 and started to work on his debut album. In the meantime, he made guest appearances on one of Ludacris' Disturbing tha Peace compilations and on a few mix tapes, such as Comeback Season by Canadian rapper Drake and Da Bottom, Vol. 5 by DJ Ideal and Jermaine Dupri. On March 13, 2007, Rich Boy released his self-titled debut album and with the success of his hit singles "Throw Some D's," "Boy Looka Here," "Good Things," and "Let's Get This Paper," the album went on to be certified Gold by the RIAA.

His second album will be entitled 5 Million. He said in an interview with djbooth.net that the first single will be released in the summer and indeed, the title will be 5 Million. However, the album title was recently reported as being changed to Buried Alive.

Bigger Than The Mayor Mixtape