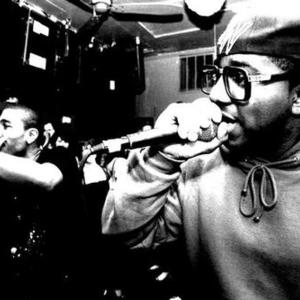 The Cool Kids are a hip hop duo based in Chicago, Illinois consisting of Antoine "Sir Michael Rocks" Reed and Evan "Chuck Inglish" Ingersoll (originally from Mount Clemens, MI). They are signed to the independent Chocolate Industries via their own label C.A.K.E. Recordings. After meeting in 2005, and releasing three mixtapes onto the internet through their MySpace page, they released their debut EP The Bake Sale in 2008.

The members of The Cool Kids met in 2005 when Reed found a beat on the internet that Ingersoll had produced. The two met to discuss terms of the beat's sale, and eventually ended up recording for two hours. They were inspired by hip hop in the 1980s and artists like Eric B. & Rakim. Ingersoll began promoting the new duo's material, and it was eventually booked by Josh Young of Flosstradamus for a DJ performance. At this performance (in a venue called Town Hall Pub), the duo met the electronic musician Diplo who offered to release a mixtape of their unreleased tracks titled Totally Flossed Out on his label Mad Decent, though it was eventually released on C.A.K.E. Recordings. They also received an offer from the DJ A-Trak to sign to his fool's gold label, which they did, but only for one single.

Up until recently, all material had been released solely on the band's MySpace page?their recording contract came after performances at the CMJ Music Festival and Pitchfork Music Festival, on July 15, 2007. Eventually, The Cool Kids signed to Chocolate Industries, another independent label, which had previously been the label of rapper Lady Sovereign. Ingersoll has been the producer for tracks released thus far, but both work in rapping and production.

They have been and currently are on tour, opening for M.I.A. One of the duo's singles, Black Mags, is featured in a late 2007 Rhapsody TV commercial, along with Sara Bareilles. In the same year, the group collaborated with Lil' Wayne and DJ Benzi through the internet on a track entitled Gettin' It, which will reportedly appear on the DJ's future album "Get Right." The band has been featured in the video game "NBA Live 08" with the song 88, and they have been featured in the video game "NBA 2K9 with the song 2K Pennies, and in the episode "The First Cut Is the Deepest" from HBO's TV series Entourage with the song I Rock. They were listed in Rolling Stone's Ten Artists to Watch in 2008.

Before Shit Got Weird