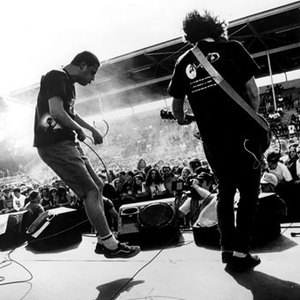 Hailing from Tacoma, Washington, Seaweed was one of those 1990s bands that combined elements of driving punk and rock sound with emotional vocals and catchy melodies. They were signed to Hollywood at one time, and have released five full-length albums and multiple singles over the span of their career. Seaweed's musical agenda was close to the 90s post hardcore scene, with contemporaries such as. Samiam, Jawbreaker, and tourmates Superchunk and Quicksand. They were well-known for their cover of Fleetwood Mac's 'Go Your Own Way' which appeared in the movie Clerks.