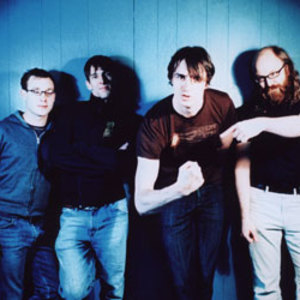 Criteria is an indie rock band from Omaha, Nebraska, formed in 2003 when ex-Cursive founding member Steve Pedersen returned to his hometown after graduating from the Duke University School of Law. He spent six months in a friend's basement where he wrote all ten songs for his new project's debut album. He recruited the help of some old friends, A.J. Mogis (of Presto! Recording Studios and Lullaby for the Working Class) on bass guitar, Aaron Druery on guitar, and Mike Sweeney of Beep Beep on drums. Their first album, En Garde, was released on his previous band's label, Initial Records.

Steve Pedersen eventually got a day job as a lawyer, making it hard for the band to go on tour to promote their new album. Initial Records went bankrupt about a year after, leaving Criteria without a label. Saddle Creek Records took their longtime friend in and put out three releases in 2005. The first was a re-release of the overlooked and underrated En Garde, their new single, "Prevent the World," and their second full-length, When We Break. After being moved into Saddle Creek, Pedersen quit his day job to spend full time making music and touring.

Criteria has performed with bands such as Cursive, The Fall of Troy, Thunderbirds Are Now!, Statistics, Poison the Well, Rahim, and Minus the Bear.

Despite having no shows scheduled, and no official status on any upcoming album, single or tour, Saddle Creek Records has consistently stated that Pedersen and company have not disbanded.