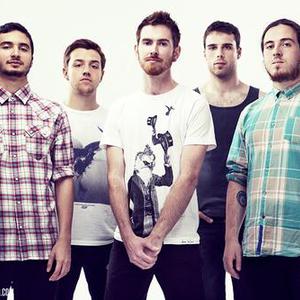 The Safety Fire are a British progressive metal band formed in London in 2006. The Safety Fire first made a name for themselves in the UK scene with the release of their critically acclaimed EP "Sections" in 2009 and their reputation as a powerfully energetic live band. They toured extensively across the UK with bands such as The Arusha Accord, Bleed From Within, and Rise To Remain, as well as progressive metal bands Periphery and Monuments throughout Europe. The Safety Fire also appeared at Sonisphere Festival UK in 2011 alongside Metallica, Slipknot, Mastodon, and The Mars Volta.

Their efforts have been recognised not only by their musical peers, but also by members of the press, who have hailed The Safety Fire as a fresh sound in their scene. When searching for a record label, it seemed only natural for these progressive newcomers to find their home with InsideOut Music. With a roster of artists that includes Devin Townsend, James Labrie, and King's X, The Safety Fire will gain recognition and exposure far beyond the dreams they had as childhood friends.

"We all grew up together and would head over to Calvin's place and jam in his living-room after school, practically learning our instruments along the way. It took a few years and few different bands before The Safety Fire became what it is today. To be able to release our music worldwide with a label like InsideOut Music is a dream come true. We are all massively excited and can't wait to get our music out there across the whole world!"

The Safety Fire will first support Rise To Remain on their UK trek, and then tour worldwide in support of the release of their highly anticipated debut album, "Grind the Ocean". Mastered by Jens Bogren (well known for his work with such luminaries as Opeth, Katatonia, and Amon Amarth), the album was produced and mixed by guitarist Derya Nagle as part of his ?BlackBear Productions? operation, through which he also produced up-and-coming bands such as Rise To Remain (EMI), The HAARP Machine
(Sumerian), and Palehorse (Eyesofsound). With the imminent release of their debut single, "Huge Hammers", the band is ready to give the progressive world their first taste of what's to come from ?Grind the Ocean? and The Safety Fire, so stay tuned!