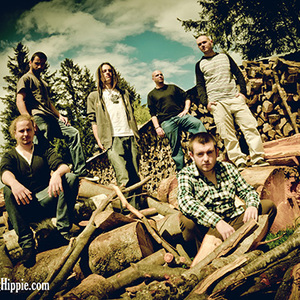 Uneven Structure is a band formed in Metz, France in 2008, playing a nuanced blend of progressive metal and ambient music. The culmination of worC (Aur?lien Perreira) and Eggeh (Igor Omodei) projects, their style is inspired by Meshuggah's dysrhythmic structure and muted guitar tones. The EP "8", the band's first release, is available as a free download in its entirety from the band's official website. Their first full-length album, Februus, released on October 31, 2011.

Consisting of ten main tracks and three additional ambient pieces on a second CD, Februus' blend of Meshuggah-style rhythms with the atmospherics of Jesu and ambient undertones of Rosetta has garnered much respect from the metal community. Each track flows seamlessly into the next, making the album into a singlular monolithic concept.

Formed after the split of Longchat with Igor Omodei and Benoit Friedrich, they now have the current lineup: