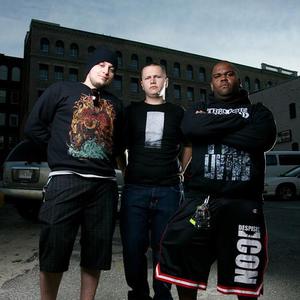 The Tony Danza Tapdance Extravaganza are named after actor Tony Danza; the humorous moniker is occasionally misinterpreted, as older concertgoers have attended shows in hopes of seeing Danza himself. The group signed with Corrosive Recording in 2005 after self-releasing their debut album. Their most recent release, Danza II: Electric Boogaloo, was issued in 2007 on Black Market Activities. The album's name is a parody of the Danzig album, Danzig II: Lucifuge, as well as the 1980s film Breakin' 2: Electric Boogaloo.

The album features short, humorous skits interspersed with the songs making fun of their surroundings growing up. The group has toured with Cattle Decapitation, Arsonists Get All the Girls, Veil of Maya, Full Blown Chaos, Despised Icon, The Acacia Strain, Beneath the Massacre, Unearth, See You Next Tuesday, The Red Chord, Shai Hulud, Psyopus, Lye By Mistake, A Life Once Lost, and Emmure, among others. In March 2008, the band crashed their tour van after playing a show in Lewisville, Texas.[8] Former member Brad Thomson founded Midgets with Machetes, a record label distributed by Uprising Records.

On September 24, 2009, the band announced that Layne Meylain and Mike Butler had amicably left the group. At the same time, the band formally announced their next album, Danza III: A Series of Unfortunate Events. The album focuses on lyrical themes such as, personal, social, political and global "unfortunate events" tied around three musical themes, technical, groove-based and ambient. It will be recorded in November with Jeremiah Scott and Steve Blackmon.

The band will release their third studio album, titled Danza III: The Series of Unfortunate Events, on July 6, 2010. Josh Travis will be including 8-string guitars on the new album, as well as performing the bass. This will also be the first album with of their new drummer Mike Bradley. They have released two singles from the album, titled "I Am Sammy Jankis" and "The Union."