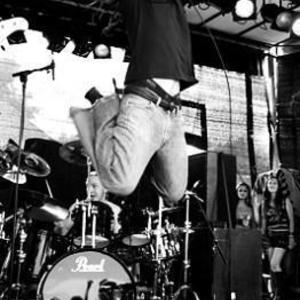 SikTh was a six member progressive/technical metal band, originating from Watford, England. They formed in March 2001, with their music being under the scope of many music magazines such as Kerrang! and Metal Hammer and a favourite of BBC Radio 1 DJ Mary Anne Hobbs. The band were signed to independent record label Bieler Bros. Records at the time of their disbandment. SikTh's style of music is hard to categorize and as they incorporate many different elements of technical metal, metalcore, death metal, groove metal, rock and hardcore.

SikTh's style of music is hard to categorize and as they incorporate many different elements of technical metal, metalcore, death metal, groove metal, rock and hardcore. They are commonly categorized as progressive metal due to their unorthodox approach, as well as technical metal and mathcore due to the complex nature of their instrumental playing abilities.

Their debut EP Let the Transmitting Begin was first released in the UK in 2002, featuring songs that all appeared on their debut album, The Trees Are Dead & Dried Out&hellip; Wait for Something Wild, which was released August 18, 2003 on Gut Records. Two singles were released from the album, namely Scent Of The Obscene and Peep Show.

SikTh's last album Death of a Dead Day was released in the UK June 26, 2006 after the band performed at Download Festival 2006. Later that year the band headlined the Collision Course festival in Bridgend and Yeovil and performed across the UK for their own headline tour.

The band announced their split in May 2008 after a hiatus of a few months, stating that 'if it were viable for us to carry on - we would'.

The Future In Whose Eyes?

Death Of A Dead Day

Scent Of The Obscene (CDS)

The Trees Are Dead & Dried Out...Wait For Something Wild

The Trees Are Dead And Dried Out