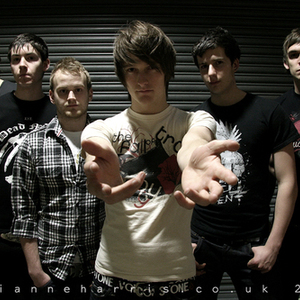 At the beginning of 2005, the six-headed monster now known as The Arusha Accord began work on a musical project. Despite having no solid blueprint, the band drew its initial inspiration from the likes of Sikth, Dillinger Escape Plan and Tool, in particular the chaotic variations, speed and complex time signatures that each had to offer respectively. Two years later, in the November of 2007, their project came of age and broke out into the UK's flourishing metal scene. In doing so, the band caused a stir worthy of even the most highly rated foreign import.

Two years later, in the November of 2007, their project came of age and broke out into the UK's flourishing metal scene. In doing so, the band caused a stir worthy of even the most highly rated foreign import.

Rising (amazing) UK independent label, Basick Records, home to fellow UK metallers Fell Silent, were suitably impressed and immediately offered the band a deal. A few months later and the ?Nightmares Of The Ocean' EP was recorded with John Mitchell (Funeral For A Friend, Enter Shikari) at Outhouse Studios in the band's hometown of Reading.

"Nightmares Of The Ocean symbolizes the end of a huge musical journey for us. It gives us closure on an intense and turbulent three-year project, during which time we've easily written an albums worth of material without ever really being satisfied with what was being created. So, we've chopped, changed, linked and sculpted everything into just these five tracks ? and we couldn't be happier with the result.?

Having now shared stages with the likes of Architects, Johnny Truant , as well as gaining fans in their idols, Sikth and Dillinger Escape Plan, The Arusha Accord are, themselves ? becoming a popular name in the UK's underground and with the release of ?Nightmares Of The Ocean' imminent, things are about to get seriously heavy, in every sense of the word.

The Arusha Accord released their first full length late in spring 2009, called The Echo Verses.

The Arusha Accord posted on their twitter that on September 10 they will be playing their last show for a long time. They are currently on an indefinite hiatus