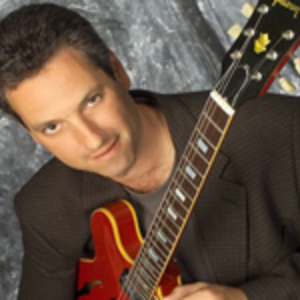 Les Sabler is a passionate, vital guitarist from Sarasota, Florida (U.S.A.) who describes his style as jazz, Latin, rock and pop influenced guitar music, as documented on his latest release, "Time For Love". His guitars of choice include a Fender Strat Ultra and a '68 Gibson ES335. Sabler has played guitar since 1966, and openly affirms his career goal, "To continue to record and release recordings that reflect my passion and to continue to perform live with my group."

When requested to name his preferred effect for the guitar, Sabler responded with, "Tube distortion," and submitted his musicial goals, "I try to use music as a vehicle to reach out to whoever is listening in an uplifting manner." He would like to someday study in a private session with Larry Carlton, and is currently listening to Larry Carlton, Ted Quinlan and Sonny Greenwich. His greatest satisfaction? "Performing live; finishing a recording project," he states indisputably.

Sabler notes ongoing and upcoming projects thusly, "Currently in the production phase of another studio recording and I am also mixing tracks for a live CD."