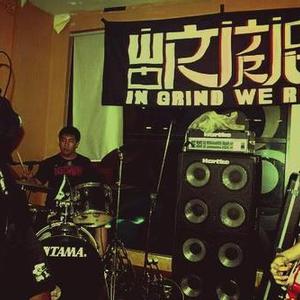 Wormrot is a Singaporean grindcore band formed in 2007, immediately after the founding members had completed their mandatory two years of National Service. The band was discovered in late December 2009 by Digby Pearson, the owner of record label Earache, in a mixtape posted on the Invisible Oranges blog. After hearing the song "Born Stupid" on the compilation, Pearson searched out and downloaded Wormrot's full-length debut, Abuse, from file-sharing site MediaFire.

Pearson was impressed with the album's quality and the band's "ambition, hard work ethic, and willingness to put its home country and Asian grindcore on the global map."

Pearson approached the band on their Myspace page, asking if they were interested in joining Earache's roster. The band signed a recording contract with Earache in late January 2010.
Earache reissued Abuse in Europe on 13 April 2010 and in the United States on 8 June 2010. To promote the album's reissue, Wormrot toured Europe between late April and June 2010.
Their second album, Dirge, was released in 2011 and the EP Scion A/V Presents: Wormrot - NOISE in summer 2011. Wormrot went on an extended European tour in June and July of 2012 , and in an interview commented that they would be taking a two-to-three year break, during which they would continue writing material for a new album.