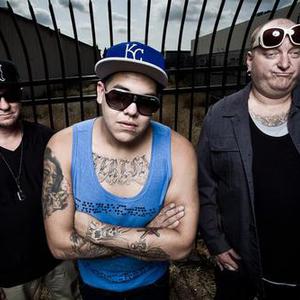 Sublime with Rome is a collaboration between Eric Wilson and Bud Gaugh of Sublime and Rome Ramirez. Vocalist and guitarist Rome Ramirez joined Wilson and Gaugh to perform classic material and eventually originals. It became clear that Ramirez could not replace Sublime's late lead singer and guitarist, Bradley Nowell, who died in 1996 but legally, he would simply be "featured with" former Sublime members. Sublime with Rome performed their first gig together in February 2009 near Gaugh's home in Nevada, followed by an appearance at Cypress Hill's Smokeout Festival in San Bernadino that October.

On April 20, 2010, the band embarked on their first-ever US tour with dates going into that fall. After positive reaction on the road, Sublime with Rome released a debut album on Fueled By Ramen records in July 2011. In December 2011, Bud Gaugh revealed in an interview that he would be leaving Sublime With Rome and KROQ's Accoustic Christmas would be his last show. He said he wants to go home and spend more time with his family.