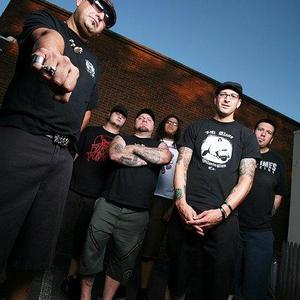 Voodoo Glow Skulls are an underground third-wave ska band. Their music is a mixture of old-style ska, punk and metal. The band formed in 1988 in Riverside, California by brothers Frank, Eddie and Jorge Casillas and their longtime friend Jerry O'Neill. The Voodoo Glow Skulls practiced for two years in a sweaty back bedroom/practice space until they forged a taut unit that performed with demonic intensity and a demented sense of humor.

Steady As She Goes