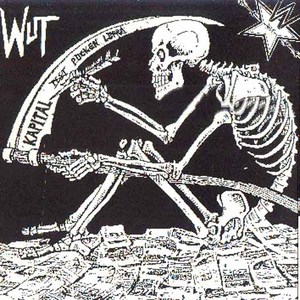 "Wut" was a hardcore band from Germany, Langenfeld near Cologne. Their style might remember someone to Inferno or Zerst&ouml;rte Jugend. The band released a 12' "Alles schon mal gesehen" in 1985 a Split LP with Sons Of Sadism and a LP called "Kapitalismus" in 1986. On the LP there are also two reggae songs - unusual for a hardcore band. Single songs appeared on the compilation "Zivilcourage" This band is not the artist Die Wut another German punkband.