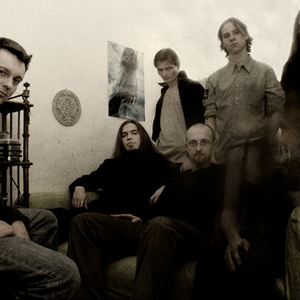 VoTuM have existed since 2003. We have performed regularly in Warsaw clubs and other places in Poland, actively promoting a single entitled ?Jestem? which was released attached to Heavy Metal Pages magazine in May 2006. September 2006, however, brought significant changes not only for the band's line-up, but also for the repertoire and the style of the music which took on a more progressive mood. After an eight-month period of working on new music, eight brand new tracks were recorded in the DBX Recording Studio in Warsaw, with Jacek Melnicki as the sound producer.

The record was entitled ?Time must have a stop?. Votum is not only concerned with sound though. The band pay the utmost attention to song lyrics which, like the music, function as a sort of a binding material for the compositions. In addition, rich visual setting is provided by Mindfield Art Group and serves as a background for the pieces. The merging of music, lyrics and visual art work, as well as the ensuing emotional expression, have been the key concepts for the creation of the new album. Our main concern is not any particular style of music, but the atmosphere pouring out of it.

Time must have a stop