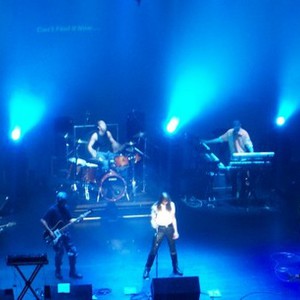 The roots of Knight Area go back to 1982, when Gerben Klazinga started to write his first symphonic rock songs. These songs were about a boy in search of his identity (to some extent an autobiographical saga). In 2002, his brother Joop saw the potential of the songs and persuaded Gerben to record an album. In his studio, Gerben laid down the keyboard tracks and some drum tracks, and asked various musicians to contribute to the album.

Late 2003, Gerben and Joop completed the production of the album, and sent it out to several record companies. The reward came when 10 out of the 12 approached record companies were interested in releasing the album! The American record company The Laser's Edge was chosen and soon the first Knight Area album, The Sun Also Rises, was a fact.

The success of the album more or less forced the Klazinga brothers to form a band to play the songs live. In the sympho- and progrock loving world, many people were dying to hear the music live on stage. Gerben managed to get very experienced and skilled musicians to participate in his band. Some of those musicians also contributed to the album. The line-up is listed below.

The band had its first gig in November 2004. It was a great success and since then Knight Area played major stages in Holland, Belgium, Germany and France. In 2005, the band was contracted for NearFEST in the USA, "the most prestigious progressive music festival in the world". This was the absolute climax of the speedy start the band made. Knight Area was the first Dutch band ever to play on NearFEST!
Knight Area shows are praised in press reviews, and audiences love the variety of music styles the band is offering on stage. The band has developed a style of its own which is a crossover of different styles in the progrock and sympho area.

In 2007 Knight Area released their second album ?Under A New Sign' again at the Laser's Edge label. This album even gets better reviews than the debut album, a great compliment to the band! Common remarks are that Knight Area grew in compositions, sound, playing techniques and as a band. The new Knight Area album Under A New Sign is even nominated for a Progrock Award in Italy (best foreign album and best recording!), together with the new albums of Rush and Porcupine Tree!. Also in 2007 Knight Area returned to the USA to play on the ?Life Rocks' festival in Greensboro (NC).

Also in 2007 2 band members left the band. Joop Klazinga and Rinie Huigen decided to leave Knight Area. The band said goodbye with a marvellous concert at ?Het Kasteel', this was a very nice way to thank them for their contributions.

2008 again was a wonderful year for Knight Area. They played the Loreley festival in Germany, the FMPM festival in Montreal Canada and their first UK appearance was made in London. During the end of 2008 and the beginning of 2009 the guys hit the studio to record their 3rd album which will be a real concept album and it will be released September 2009. In 2009 Knight Area will also be on stage in different countries so check the website regularly!

See you on the road!